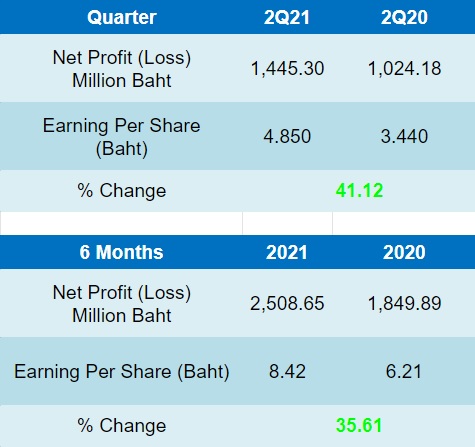 SCCC reported a net profit of 1,445 million baht for the 2Q21, up 41% from the same period of last year. While a net profit for the first six months of 2021 was 2,508 million baht, up 36% from the same period of last year. An increase in net profit was due to continued fixed cost efficiency measures and stronger results of associated companies and our joint venture in Cambodia. During the second quarter, Sri Lanka’s corporate income tax rate was reduced from 28% to 18%  which resulted in a one-time positive effect on net profit.