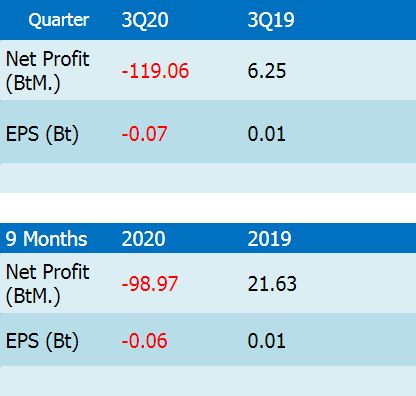 As previously explained, the compensation as requested by the Company to the client shall be able to cover incurred costs. Thus, Gross Profit Margin and Net Profit are expected to recover in the near future.

In the end of 3Q20, the Company’s backlog was over 3,200 million baht, spreading throughout various industries such as Oil and Gas, Mining and Power plants.