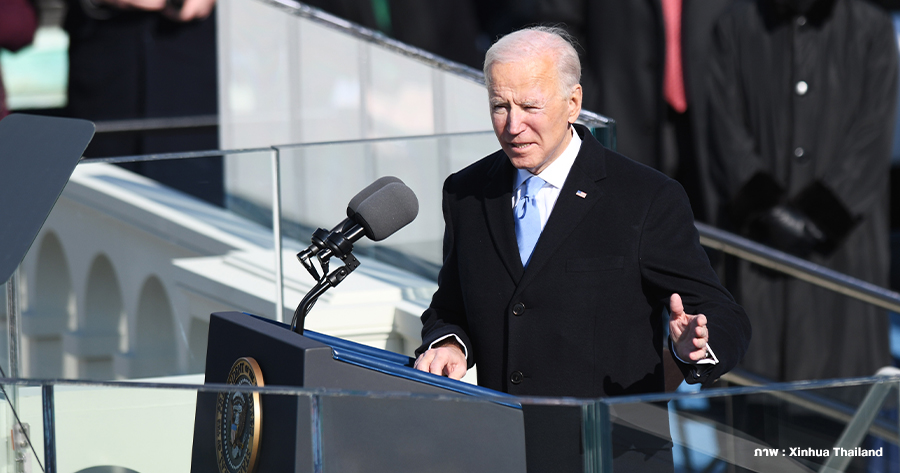 Joe Biden officially became the 46th U.S. president on Wednesday in an inaugural ceremony at the U.S. Capitol.

The 78-year-old Democrat beat the incumbent Donald Trump from the Republican in the election in November 2020 and sworn the oath of office in front of the crowd on January 20, 2021, to take the office in a challenging time in the U.S. history to bring back the U.S. economy from the coronavirus pandemic.

In the ceremony, Biden took the oath of office from Supreme Court Chief Justice John Roberts, placing his left hand on a family Bible and said “Democracy has prevailed.”

“On this hallowed ground where, just a few days ago, violence sought to shake the Capitol’s very foundation, we come together as one nation, under God, indivisible, to carry out the peaceful transfer of power as we have for more than two centuries,” added Biden, citing the incident where Trump’s supporters stormed the Capital in anger of their candidate losing the election.

In Biden’s first executive orders, he rejoined the Paris climate agreement that Trump pulled out in 2017 and ended the border wall construction. More importantly, he also signed an order mandating masks and social distancing on federal property and areas of interstate commerce under his authority.