Bitcoin’s price plunged again on Friday after Tesla’s founder, Elon Musk, posted a tweet that indicated a breakup with the said cryptocurrency.

In the tweet, Musk hashtagged Bitcoin with an emoji of a broken heart and a meme containing a breakup scene with a Linkin Park’s lyrics gag. 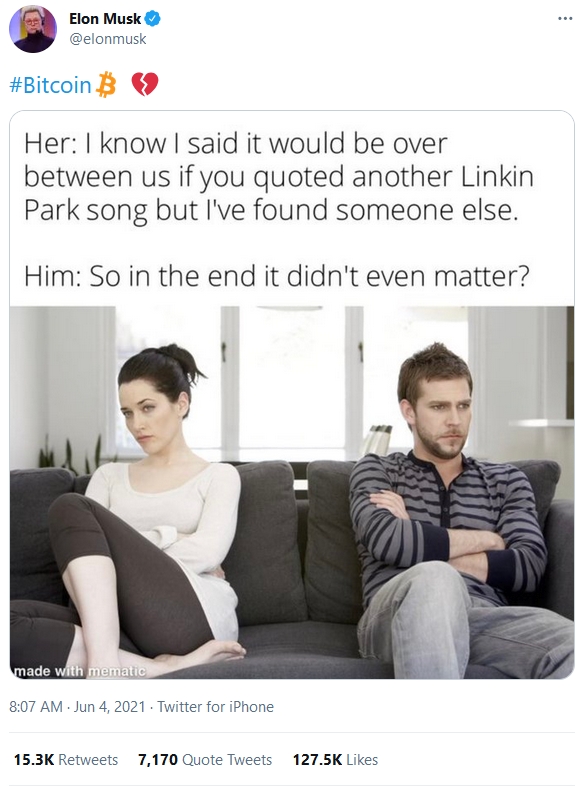 The trend of Bitcoin was bright in the eye of traders in the beginning of this year after breaking $40,000 level and make another surge as Musk said that Tesla would accept Bitcoin in the purchasing of Tesla’s automobile.

However, the founder of Tesla announced through his twitter later that the company would halt the trading of Bitcoin for Tesla’s automobile in concerns about rapidly increasing use of fossil fuels for Bitcoin mining and transactions, especially coal, which has the worst emissions of any fuel.

Altogether, Bitcoin has fallen nearly $30,000 from its record high in April at $64,000 and now traded at a 40% discount from its high. Still, the price is almost 30% higher from the beginning of this year.