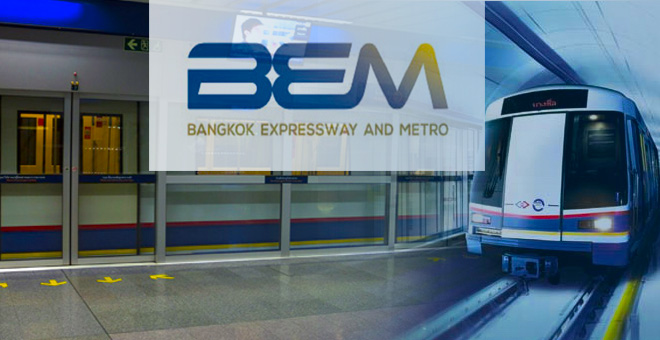 On May 15, 2019, the share price of Bangkok Expressway and Metro Public Company Limited (BEM) has reached an all-time high at ฿11.50/share in the morning session with a trading value of THB 768.4 million.

The rise of BEM’s share price could be from the ruling of Central Administrative Court to dismiss the case the EXAT filed to revoke the Arbitral award on the Revision of Toll Rates of the Chalerm Mahanakorn Expressway and the Si Rat Expressway, resulting in a compensation for a total of THB 8 billion.

The Central Administrative Court has ruled to dismiss the case the EXAT filed to revoke the Arbitral award because the award is not in the principle that the Administrative Court able to revoke according to the law. By the result of the Court’s Judgement, the Arbitral award on February 12, 2016 shall be legally binding the EXAT to compensate BEM for damages, which can be summarized as follows:

1) Damages, together with interest, amounting to Baht 4,368 Million, and default interest under the Second Stage Expressway Agreement on such principal damages of Baht 3,776 Million, calculated on a daily basis from April 1, 2008 onwards until the EXAT will make such payment in full.

2) Compensation for damages representing the difference of the toll revenues under the Ministry of Transport’s Announcement dated August 29, 2003 and the applicable toll rates under the Agreement, based on the number of vehicles in each category using the expressways, calculated on a daily basis from April 1, 2008 onwards, including default interest under the Agreement on the difference of toll revenue sharing from April 1, 2008 onwards until the EXAT paid the damages, together with interest, in full to BEM.

The EXAT may appeal the Judgment of the Central Administrative Court within 30 days from the date of the Court’s Judgment.

This dispute is part of the negotiation for settlement with the EXAT which the Extraordinary General Meeting of the Shareholder No. 1/2019 on March 18, 2019 approved BEM and the subsidiary to settle the disputes with the EXAT. It is pending to the EXAT proceedings according to the procedures to the Cabinet for the approval.