Bank of Ayudhaya Public Company Limited (BAY) has reported its 2Q19 consolidated financial statement through the Stock Exchange of Thailand as follows: 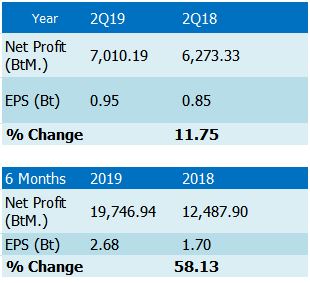 The increase of profit was due to higher gains from interest income and fee and service income that booked THB 275 million and THB 225 million, respectively, higher in the quarter. The Bank also recorded higher operating income at THB 28,040 million, an increase of about THB 1,000 million or 4%.