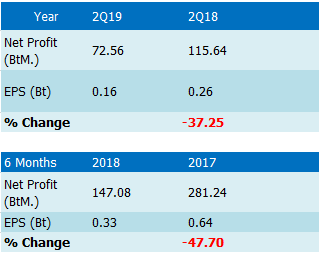 However, WORK has earned a 2Q2019 profit from an increase in revenue of event marketing and sale of goods and rendering of other services by 156% and 200% YoY, respectively.