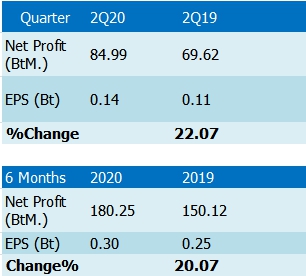 In addition, the Board of Directors’ Meeting of JKN, which was held on August 14, 2020 considered and resolved to approve to move JKN from mai to SET by assigning the management to submit the application for listing in the Stock Exchange of Thailand (SET).