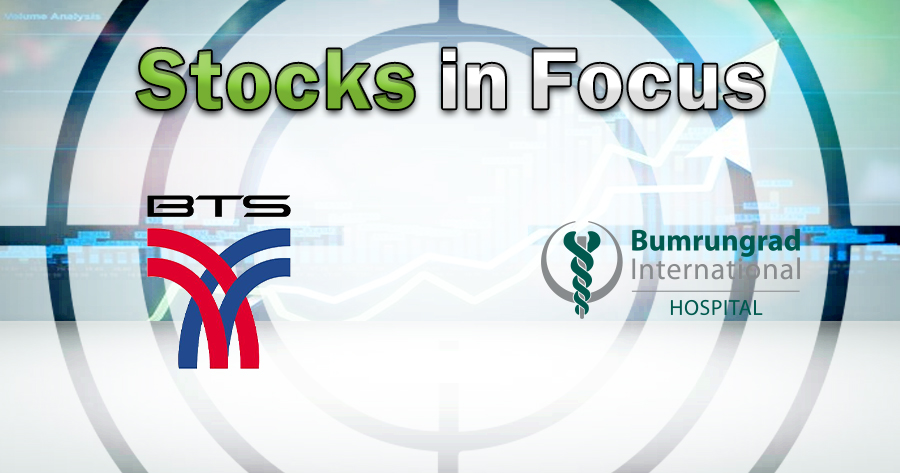 Kaohoon Online has selected stocks with a potentially high growth for investors to consider on February 19, 2021.

KTB Securities (Thailand) has given a “BUY” recommendation on BTS Holdings Public Company Limited (BTS) with a target price at ฿12.50/share.

According to the analysts conference yesterday, KTBST stated that the outlook of BTS is still in line with its forecast. Regarding the delay in Green Line concession, KTBST expected no impact on the company’s operations due to the expiration of concession will be in 2029. Meanwhile, the company expected a recovery to 174 million trips for FY22E (April 2021-March 2022), which is in line with KTBST’s forecast at 175 million trips. Other projects such as MRT Pink and Yellow Lines, and Motorway continued as planned.

The share price of BTS underperformed the SET Index by 21% in the past three months, but moved in line with the index in the previous month, which KTBST believed to princed-in the uncertainties in the MRT projects and the Covid-19 outbreak.

Maybank Kim Eng has given a “BUY” recommendation on Bumrungrad Hospital Public Company Limited (BH) with a target price at ฿150.00/share.

In FY20, BH’s revenues were 33% lower YoY to THB12.3b, due to the absence of international patients (70% of normalised income) as Thailand has shut down its borders since April 2020.

Additionally, core profit was down by 69% to THB1.2b, due to the deep decline in EBITDA margin to 21% in FY20 from 32% in FY19 owing to the high operating leverage in the healthcare industry.

Despite the weak profitability in FY20, Maybank believed investors are looking past it and forward to a prominent recovery from 2H21 onwards, given the expected mass availability of the vaccine which should enable foreign patients to come in easily without being quarantined.