– SET closed at 1,653.41 points, increased by 4.95 or 0.30% with a trading value of THB 49.87 billion. The parliamentary vote of 500 votes belongs to General Prayut Chan-o-cha of Palang Pracharat Party which won the vote over the rival Thanathorn Juangroongruangkit of Future Forward Party at 500:245. As a result of voting, General Prayut Chan-o-cha became Thailand’s 30th prime minister. The certainty of Thai politics made the domestic market rose slightly.

Analyst indicates that the positive sentiment from the new government and MSCI inclusion should be able to support the market for a short while, but at one point, the market would need new factors to give another push. Currently, investors are anticipating that Fed would make two rate cuts by the end of this year.

However, the continuation of the trade war between the U.S. and China remains unsettled. Investors are looking forward to a nice talk from the U.S. President Donald Trump and Xi Jinping. 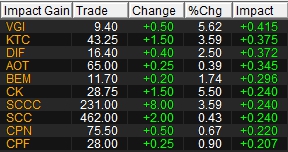