As a result, the Power Plant’s capacity to generate and sell electricity was reduced to 409 million units, which is about 618 million units lower than last year’s sales of 1,027 million units.

Nonetheless, CKP was able to impressively sell 2,340 million units of electricity from the Xayaburi Hydroelectric Power Plant during the first half of this year. Simultaneously, the cogeneration power plants of the Bangpa-in Cogeneration Limited (BIC) and the 9 solar-powered power plants of the Bangkhenchai Company Limited (BKC) have also been generating more electricity in the second quarter of this year. 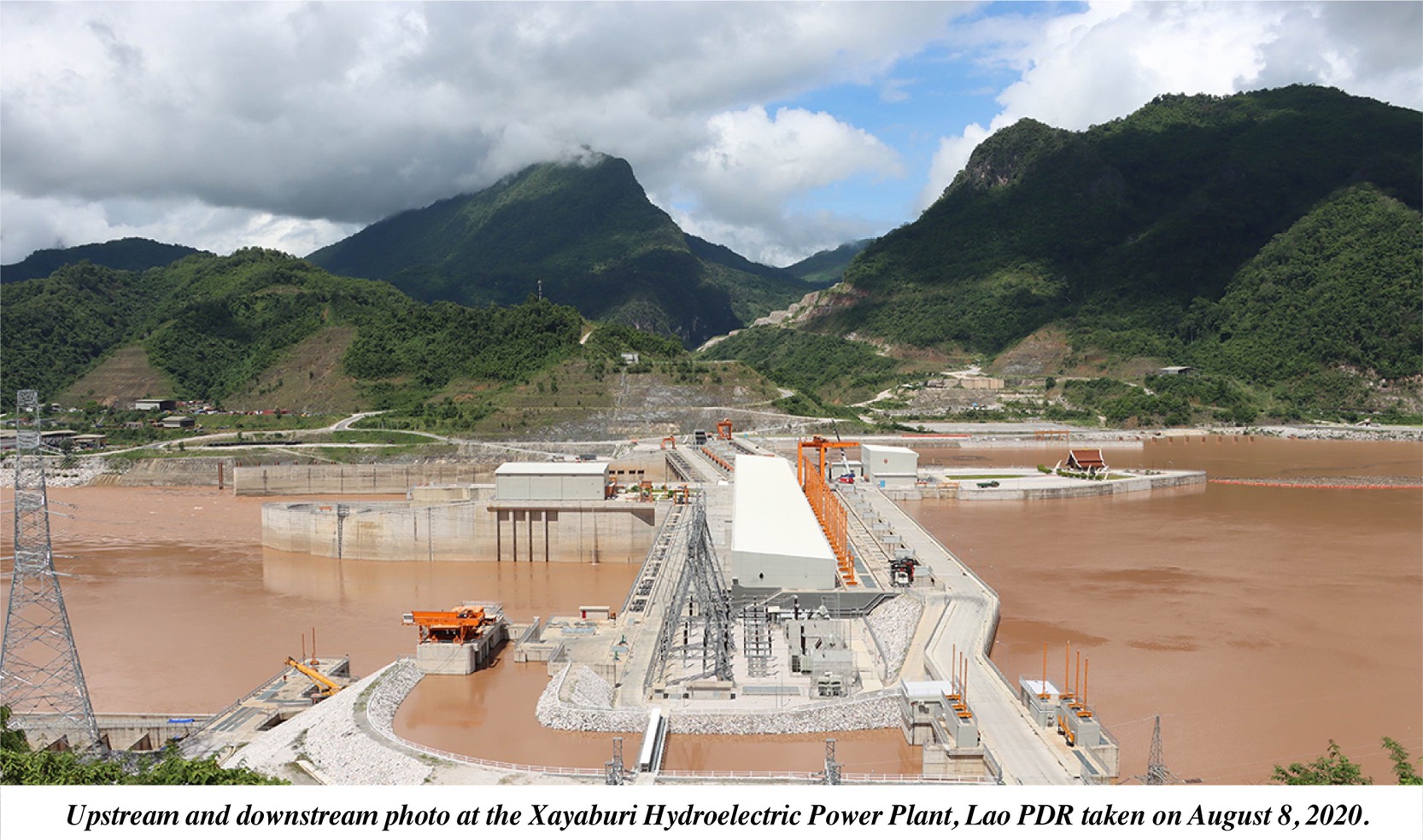 During the second quarter of 2020, CKP and its subsidiaries have earned 1,831 million baht in revenue which is 21% lower than the same period of last year when the company earned a total of 2,312 million baht.

The electricity sales in the second quarter of 2020 at 609 million units is lower than the same period last year (a -29% decrease on the electricity sale of 852 million units). The volume of water inflow at the Nam Ngum 2 Hydroelectric Power Plant reservoir was 628 million cubic meters, which is a 37% increase from the same period last year when the inflow totaled 460 million cubic meters.

Mr. Thanawat stated that all CKP’s hydroelectric power plants will generate more electricity than projected in the second half of 2020 due to a sharp increase of water inflow at both Nam Ngum 2 and Xayaburi Hydroelectric Power Plant since June. This above-average level of inflow is expected to continue and even exceed the annual average of water flowing through both power plants. As a result, at the present all 7 Units of Xayaburi Hydroelectric Power Plant are operating at full capacity up to 1,220 MW for sale of electricity to the Electricity Generating Authority of Thailand (EGAT).

As for the solar power plants, every plant is ready to operate at full capacity; except for the Khlong Preng Solar Power Plant in Chachoengsao province, which is in the process of obtaining a certification from the Energy Regulatory Commission of Thailand. The Bangpa-in Cogeneration Power Plant 1 (BIC-1) and 2 (BIC-2) are operating fully as normal since there is no plan for annual maintenance this year.

“Usually, our two hydroelectric power plants would operate at their maximum capacity during the third quarter since it is the rainy season. If the rainfall this year matches the average rainfall, as we expect, this year is set to be one of the best years because it is the first full year that the Xayaburi Hydroelectric Power Plant will have been generating power. This will have positive effects on CKP’s electricity generation as well as performance.”, said Mr.Thanawat.

CKP’s MD also revealed that the company is in the process of negotiations to invest in new power projects in the Lao People’s Democratic Republic, which he expects to finalize within this year. As such, CKP is prepared to invest 4,000 – 4,600 million baht of its budget on these new projects and is planning to issue a corporate bond of 3,500 million baht by this year’s end. However, the plan is contingent on market conditions as well. Additionally, the shareholders voted, in the annual meeting held on August 3, 2020, to approve an increase in the outstanding balance of the existing corporate bond from 10,000 million baht to no more than 20,000 million baht in order to maximize the financial capabilities of the company.

“Our revenue and sales remain unaffected by the COVID-19 pandemic because our main contracting partner is EGAT. Although we also have some clients in the industrial sector, they are not in the industries heavily affected by the virus. CKP and its subsidiaries in the Lao People’s Democratic Republic will continue to prioritize the well-being and safety of our employees by strictly following the government’s measures for New Normal lifestyle.”, said Mr. Thanawat in a final remark.