Sky ICT Public Company Limited (SKY) has announced the resolution of its Board of Directors to amend the company’s objectives, mainly with new additions to its electronic payment services, Electronic Data Capture (EDC) service, and the business of a trader, including cryptocurrencies.

Mr. Sithidej Mayalarp, Chief Executive Officer of SKY, through Kaohoon Live TV on March 15, 2021, stated that the objective amendment is to further and strengthen its existing businesses, mainly the E-Payment services for foreign travellers, which the company will act as a service center for all sorts of electronic payment services such as credit card, debit card, payment transfer etc., through its “AOT Airports Application”. 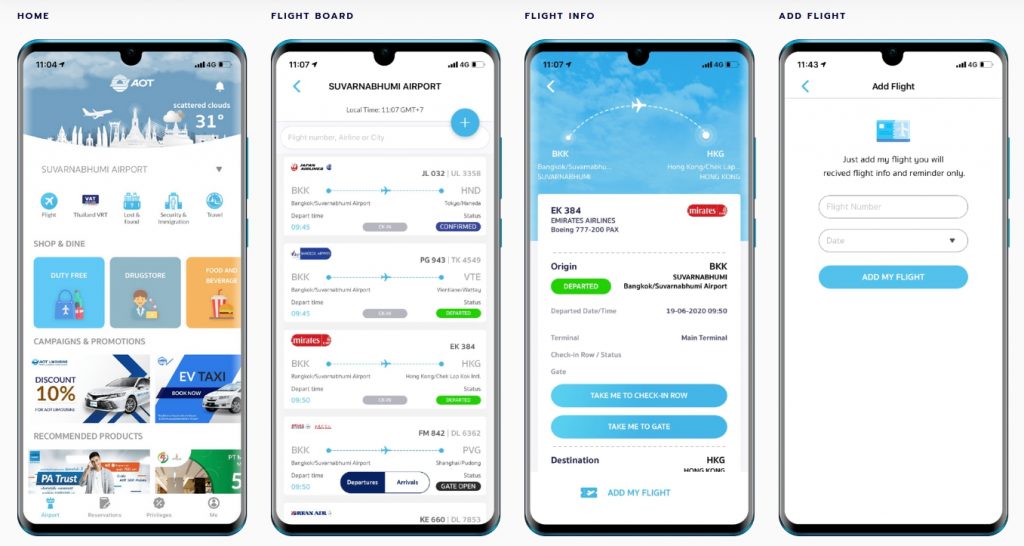 Currently, the company, through its indirect subsidiary AOT Ground Aviation Services Company Limited (AOTGA), has ground service contracts for Don Mueang and Phuket, and is processing to submit a proposal to acquire the contract in Suvarnabhumi Airport.

SKY expected to raise AOT Airports Application as its flagship, linking all available services together, including travelling guides, hotel & car services, and even a baggage claim, which SKY emphasized that the application can monitor passenger’s baggage once it arrives carousel, allowing passengers to spend time shopping and resting instead of crowding at the belt.

More importantly, the application will allow SKY to collect data, which the company aims at foreign tourists instead of local. Mr. Mayalarp stated that the company wants to focus on the sector that contributes to Thai GDP the most, which is tourism, and foreign arrivals are the main contributors, especially when the country has scheduled a reopening after the pandemic.

“The data will become a valuable asset for the company,” stated Mr. Mayalarp as it can be used to further its business amid digitalization that praised data as “gold”.

“The revenue recognition from AOT Airports Application is increasing at a stable pace, though not noticeably now as the development is in an early phrase of collecting data,” said Mr. Mayalarp. “However, the recognition will become noticeable in SKY’s portfolio in the next 3-4 years,” he added.

In addition, the company also added it snew objective in operating the business of a trader, exchange, buy, sell, money, foreign currency, electronic money (e-Money), digital currency, cryptocurrencies, digital tokens, other digital assets and payment system service, as well as other related businesses for individuals, private, juristic persons, government agencies, government organizations and organizations both inside and outside the country as permitted by the relevant authorities.

The move has been speculated of being a new source of potential revenue contribution, in line with the BOD’s resolution to consider approving the appointment of Mr. Thanarerk Thanakijsombat, a specialist in e-Money and the adaptation of cryptocurrencies, due to retire by rotation to return to the Board for another term.