S P V I Public Company Limited (SPVI) has reported its 3Q20 consolidated financial statement through the Stock Exchange of Thailand as follows; 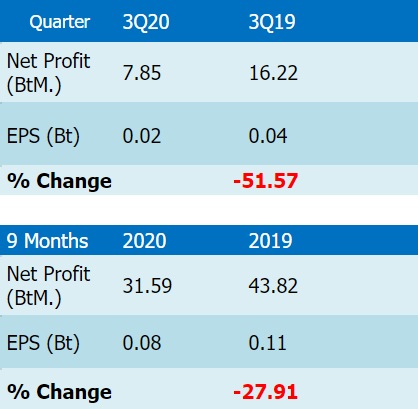 SPVI reported a net profit of 7.85 million baht in 3Q20, decreasing by 51.6% YoY, mainly due to a decrease in revenue from operation because suppliers were unable to fulfill the company’s forecast thus SPVI is short of supply. Moreover, some clients postponed their purchase due to new products launched.  As well as an increase in operating expenses due to new shops opened throughout the period and effect from new financial reporting standards relating to Lease.