Myanmar’s shadow government- The National Unity of Government (NUG) which is comprised of members from the political party ousted in the coup on February 7, called revolt against the military government earlier this week on Tuesday. The group called for the public to limit unnecessary movement and to stock up daily necessities including medicines.

This implies there could be escalating riots as well as a surge in COVID-19 infections in the country impacting business sentiment. Although it is expected due to the outnumbered military against NUG members there might be less violent activities. 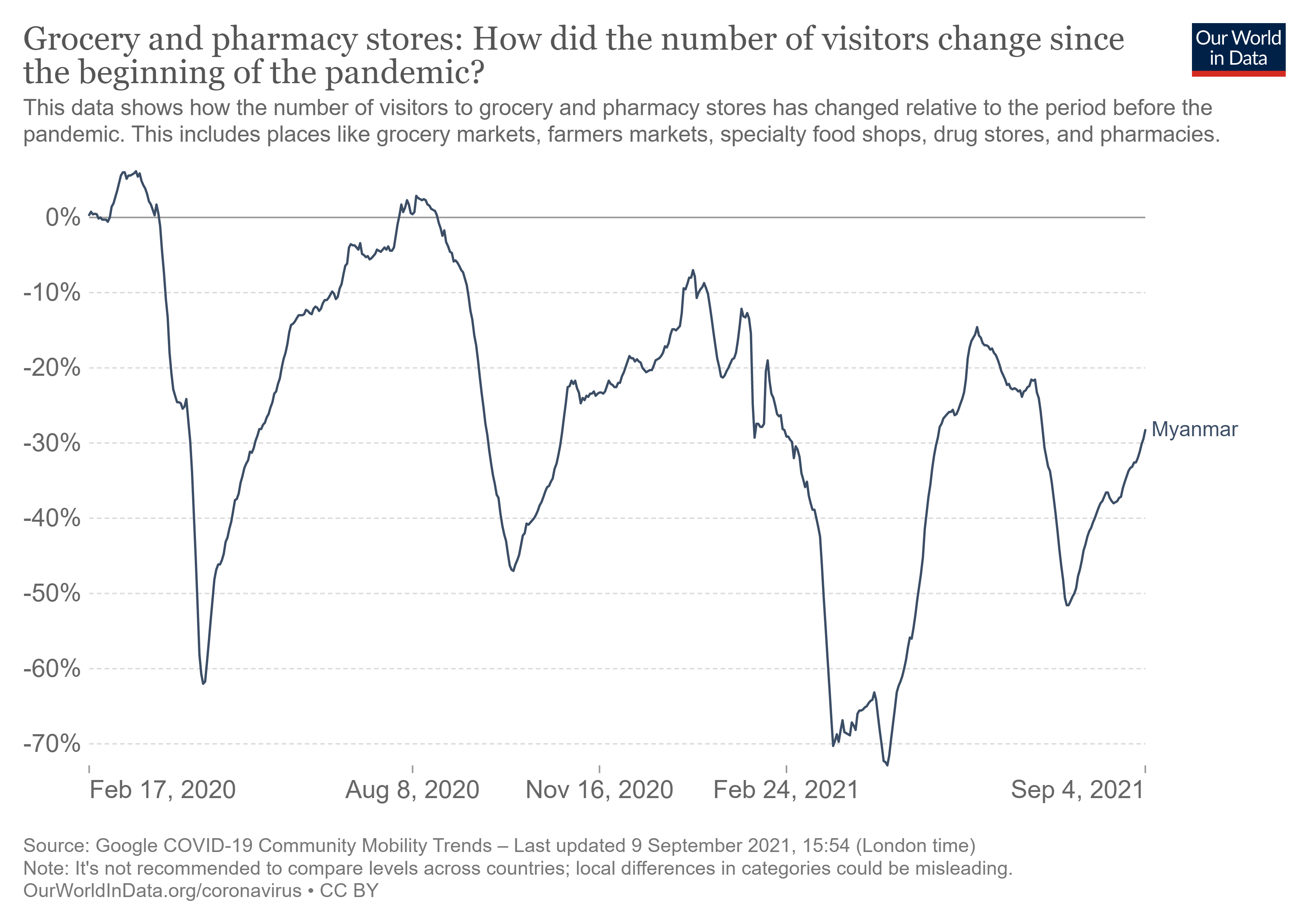 Mega Lifesciences (MEGA), Carabao Group (CBG) and Osotspa (OSP) account for 40%, 15% and 10% sales respectively in Myanmar. MEGA’s management expects exponential growth from Myanmar’s operation. Its product portfolio being medicines, sales are likely not to be affected due to the escalating political crisis. As a matter of fact, second-quarter revenue growth for 2021 was roughly ~48% from Myanmar. The riot might also call for panic buying of essentials and medicines which would benefit MEGA further.

OSP growth factor in the country relies on the growing population and the management believes political uncertainty would benefit by limiting barriers to entry for new competitors. While OSP focuses on large cities, CBG focuses on smaller cities which is likely to account for less impact on CBG’s sales. However, both CBG and OSP are likely to see weak demand for energy drinks given the protest ahead.