Right after Netflix (NFLX US) released Squid Game a South Korean dystopian series on September 7 it quickly became a runway hit globally. Squid Game topped Netflix’s drama charts in 83 counties and estimates by Fortune Magazine shows it has been viewed by more than 82 million subscribers.  Its popularity did not also fall short on social media buzz as well, the hashtag #SquidGame has been viewed more than 22.8 billion times since release on TikTok.

Netflix’s Co-CEO Ted Sarandos earlier commented “We did not see that coming, in terms of its global popularity.” He further added, “It’s only been out for nine days, and it’s a very good chance it’s going to be our biggest show ever,”

Squid Game plots around 456 people in severe financial despair play South Korean children game to win $38 million cash prize or die trying. The series portrays deep rooted income inequality in the South Korean society. One can get the sense of it by the lines used in the series “all of you in this room are living on the edge, with debts you can not pay off,”.

In terms of income inequality South Korea ranks No. 11 using Gini coefficient among the members of the Organization for Economic Cooperation and Development. It’s notable to highlight United States in number 6.

Halloween is just round corner and Squid Game costumes might just be the trend for this year globally with “squid game costumes” yielding over 2000 search results and Google trends reported the search keyword reached new high as of October 2. 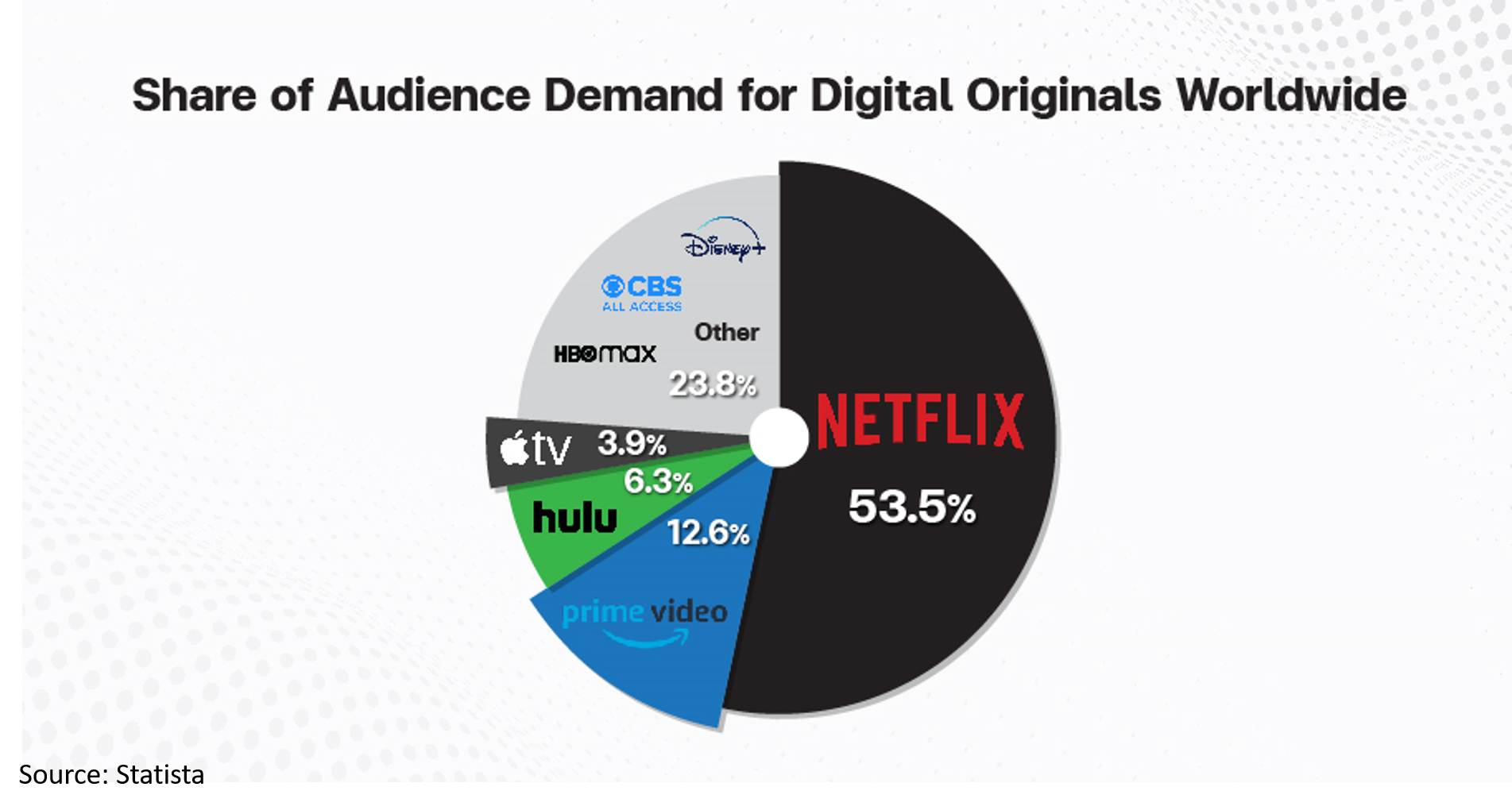 Netflix spent $1.2 billion on production in Korea over the last six months with $1 billion in U.K., $400 in India and $300 million in Mexico last year. Its competitive advantage lies being able to produce local content delivering to global customers and cost of producing contents in countries other than U.S is also lower.

Globally Netflix hold 53.5% with its closest competitor Amazon Prime holding 12.6%, according to Statista. Shares of Netflix surged more than 5% from September 7 and Squid Game expected to be big highlight of its third quarter earnings call on October 19.