Thaicom Public Company Limited (THCOM) has reported its 3Q20 consolidated financial statement through the Stock Exchange of Thailand as follows; 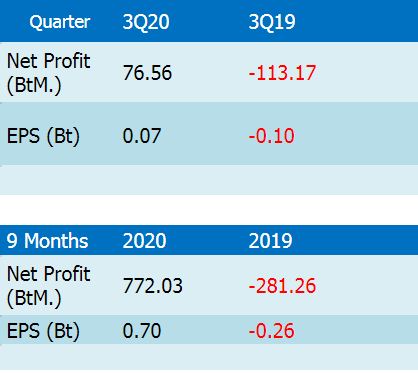 THCOM reported the net profit for 3Q20 at 77 million baht, improved from the net loss of 113 million baht 3Q19. This was resulted from the decrease of depreciation from Thaicom 5 satellite de-orbit and the impairment of other satellites in 2019, together with foreign exchange gain. While compared with 2Q20, the consolidated net profit decreased from 498 million baht. The net profit for this quarter dropped since the extra item from the compensation income was recognized in 2Q20.