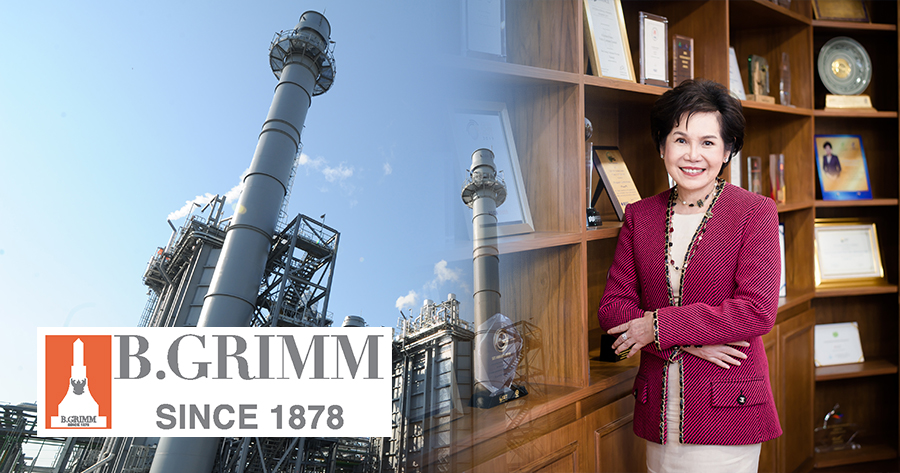 B.Grimm Power Public Company Limited (BGRIM) has shown its resilience to crises over the past 24 years and appeared to be immune from the latest and probably the worst situation – the Covid-19 pandemic.

Attesting to such statements is BGRIM’s move to break record quarterly net earnings in July-September when most industries and businesses were reeling from the unprecedented outbreak that grips the world.

The country’s leading industrial power producer reported a net profit of 1,245 million baht in the third quarter, up 13% from the previous quarter, and 745 million baht of which is attributed to the major shareholders.

The continued increase in BGRIM’s generation capacity, the sharp 28% rebound in industrial power demand from the second quarter and the continuous power plant optimisation have become key drivers to the rise in profitability, according to Preeyanart Soontornwata, Chief Executive Officer of BGRIM.

Earnings before interest, taxes, depreciation and amortisation (EBITDA) soared with high EBITDA margin of 30.4% in the quarter whilst its financial position was solid with more than 20 billion baht in cash on hand.

However, BGRIM’s pursuit of ‘natural hedge’ by borrowing in foreign currencies to curtail income risk has resulted in an unrealized foreign exchange loss of 310 million baht in the third quarter, due to the baht depreciation against the US dollar.

But such items are regarded as accounting expenses that do not affect cash flow but have depressed BGRIM’s net profit in the quarter to 859 million baht and 501 million baht of which is attributed to the parent company.

The sale volumes have largely returned to the normal levels in September- October with the power consumption of industrial customers becoming higher than the same period of the previous year over the past two months.

That signifies the recovery of all industrial groups, especially automotive sector and tyre manufacturing which have benefitted from the rebound of domestic demand as well as the switch of production orders from countries hard hit by the coronavirus pandemic to Thailand.

At the same time, the packaging and electronics industries have continued to grow throughout the first nine months of this year as BGRIM’s power supplies to them rose 16% and 12% respectively from the same period last year.

Moreover, the downward trend of natural gas prices has been benefitting the co-generation business.

PTT Public Company Limited (PTT), the country’s largest natural gas supplier, has projected that the natural gas in the last quarter of 2020 would drop by 6-7% from the third quarter’s level.

BGRIM’s projects under construction have made significant headway.

Ray Power’s 39-megawatt solar power scheme in Cambodia and the Bo Thong Wind Farm 1&2 project with an installed capacity of 16 MW are moving towards commercial start-up sometime between the fourth quarter of 2020 and first quarter of 2021.

In addition, BGRIM is proceeding with seven other co-generation facilities with a combined capacity of 980 MW which are scheduled to come on line commercially between 2022 and 2023 according to the plan.

BGRIM is pursuing a growth path with consistency and sustainability to put in place a total installed generating capacity to meet the targeted power sales of 7.2 gigawatts by 2025.

Meanwhile, BGRIM’s financial strength with over 20 billion baht in cash on hand has been driven by the stable cash flow from 47 operating power plants with a net debt to equity ratio is low at 1.3 times and is supported by many financial institutions, thus ensuring there is sufficient fund for the successful execution of all planned projects.

All these recent awards have once again underlined BGRIM’s operating philosophy of “Empowering the World Compassionately” which has guided the B.Grimm Group for over 142 years.