Cathie Wood’s ARK Innovation and ARK Next Generation Internet exchange traded fund (ETF) offloaded 81,600 shares of Tesla Inc. as part of portfolio re-allocation strategy. The valuation of the selloff at closing price of $756.99 is $61.77 million.

ARK’s portfolio allocation strategy includes selling some of the winner stocks on a regular basis to extend allocation to other targets. Earlier last May Cathie told CNBC, from time to time if she do not undertake fund reallocation then “would not be wise portfolio management”. 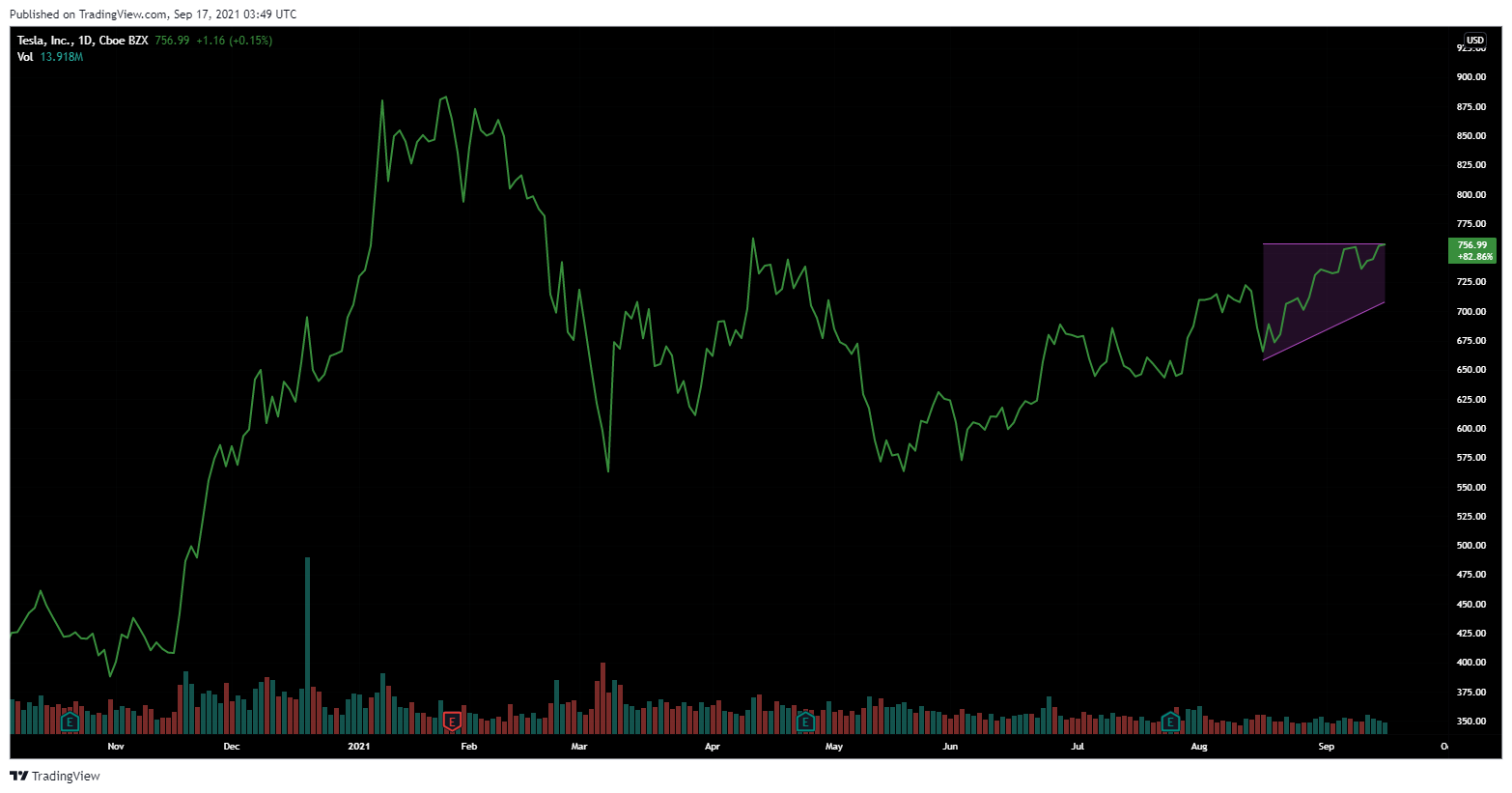 However, Tesla still accounts as the number one allocation of 10.40% and 10.42% respectively for both the ETFs.

Cathie reportedly is known for forecasting a target price of $7000 for Tesla. She however faced criticism dropping Tesla shares numerous times, contradicting from her investment thesis. ARK sold more than 350,000 Tesla shares up until September this year.

Cathie defended her stance on the contradictory allocation strategy and told CNBC “If we had not taken profits in its ride up from $178 to $900 or nearly $1,000, it would’ve been … maybe over 20% of the fund,”.

In a recent interview with CNBC, Cathie expressed she is bullish on Bitcoin (BTC) and is to reach $500,000 in five years. Her assumption is based on as companies continues to expand, might adapt to cryptocurrency. Cathie also believes institutional investors should allocate 5% of portfolio to BTC. Her reasoning further extends to countries adopting BTC as legal tender.

Bitcoin Legal Tender Need Index created by InvestorPlace, ranked Vietnam as number one to benefit by adopting BTC as legal tender. However, it is important to note the index methodology does not account for official’s statements or sentiment rather is indexed under assumptions on the country’s unbanked population and internet penetration rate.

The index also is reported to have high correlation with Chainalysis’ 2021 Global Crypto Adoption Index, which ranks a country’s adoption rate to crypto backed by on-chain data and exchange volume.

TMBAM Eastspring (TMB-ES-INTERNET) is a feeder fund of ARK Next Generation Internet ETF and Phillips Asset Management’s Phillip World Innovation (PWIN) and Land and House Fund Management’s (LHINNO)-A as well as LHINNO-D is the feeder fund for ARK Innovation ETF.

* Cathie Wood’s picture in the feature image is sourced from and credited to insidermoney.com