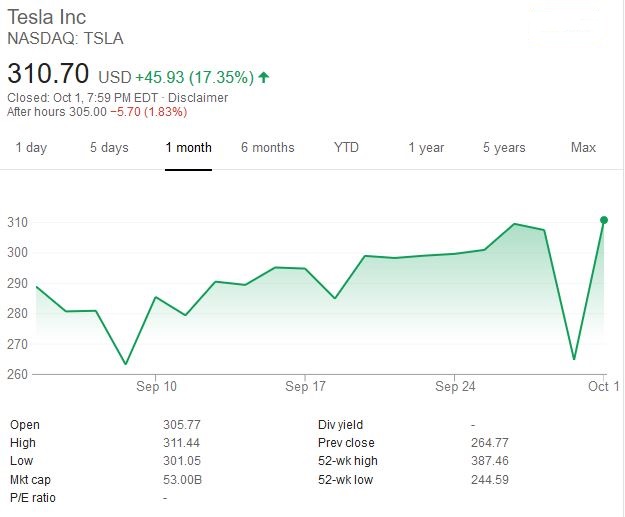 The reason of the swing would not have been any other than the settlement of Elon Musk and the Securities and Exchange Commission (SEC) that Musk must leave his chairman of the board’s position for three years but will be allowed to stay as CEO. And Musk gladly accepted the deal “without admitting or denying the allegations of the complaint,” according to a court document.

For Tesla, having a non-executive chairman means that “the CEO becomes accountable to the board, instead of having a board mostly rubber-stamp decisions” at Tesla, private client money manager Vestact wrote in a blog on Monday.

Along with the cheer of investors, TSLA claimed back to the point before it went down on last Friday.

The case that led to Musk leaving the chairman position is due to his tweet of considering to take the company private at $420/share, caused a sudden jump in TSLA, which SEC saw as a manipulation of stock price.