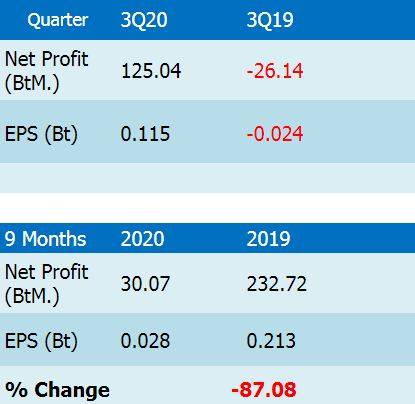 For the property management business, revenue was THB 15.79 million, an increase of24.61% when compared to the same period of last year.