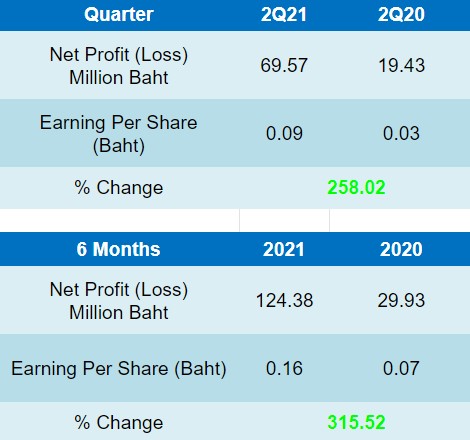 For the three-month period ended 30 June 2021, JR reported income from sales and services of 648.05 million baht, increasing from a total revenue of 265.47 million baht in 2Q20, as revenue from turnkey system installation service increased compared to the same period of last year of 412.66 million baht, or 175.31% growth contributed by revenue recognition from the transformation of overhead line to underground line along the Pink and Yellow Line.

Meanwhile, the net profit for the period was 69.57 million baht, an increase by 258.02% from the same period of last year. The leaping growth was after the company undertook a megaproject – transformation of overhead line to underground line along the project route of Yellow Line and Pink Line and such figures correlated to the increased gross profit margin.