Thai exports in September increased 17.1% compared to the same month a year earlier beating forecasts of Reuters poll by 5.48%. Growth in Thai exports in August stood at 8.9%. 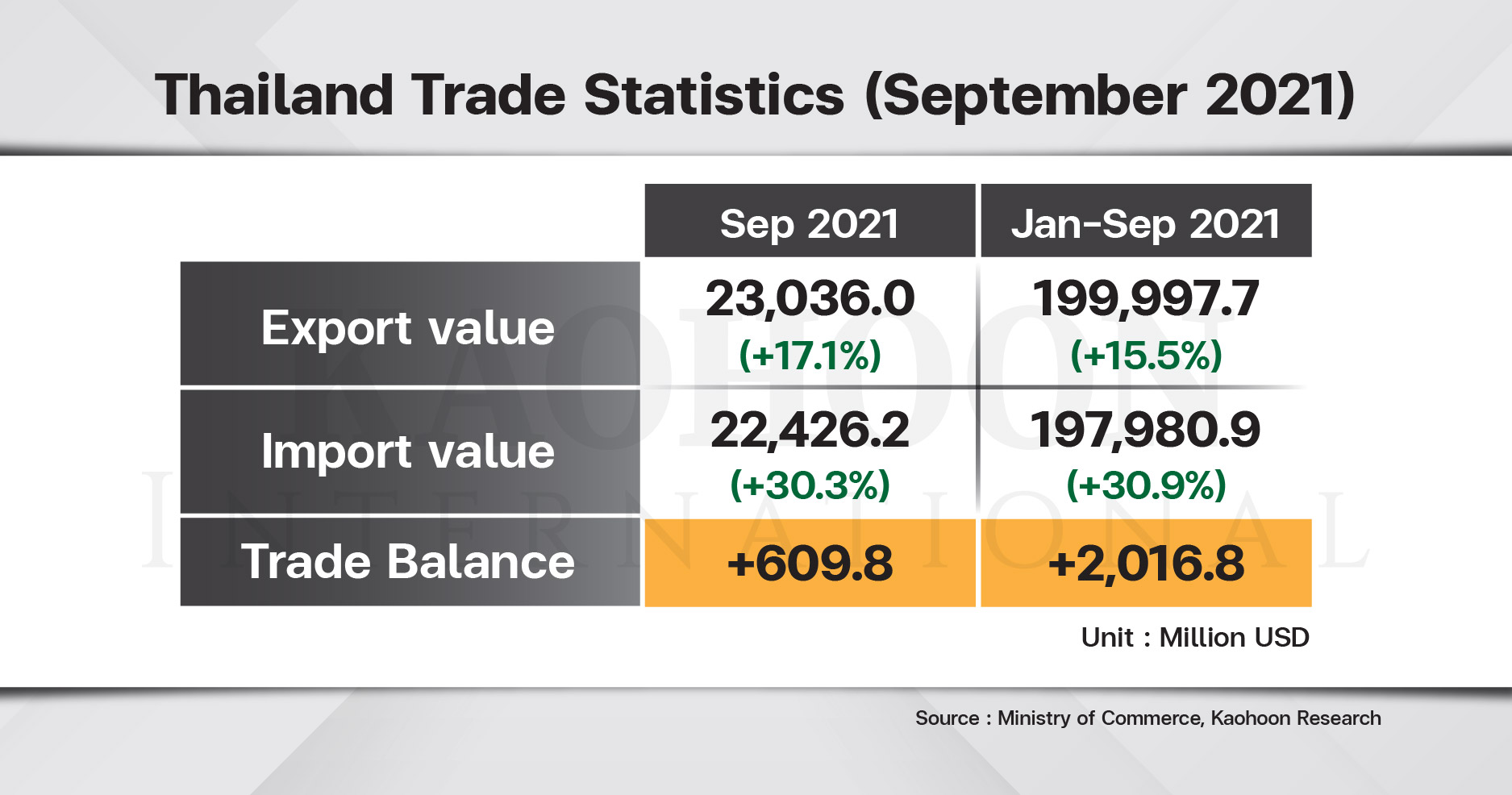 He further added “our private sector is also strong, making manufacturing recover quickly despite the impact of COVID-19 and the lockdown,”.

On the other hand, imports rose 30.3% in September form a year earlier, resulting in a trade surplus of US$0.61 billion in September.

The ministry noted the growth in exports in September is largely attributed to shipment of refined oil, chemicals, plastics and steel. 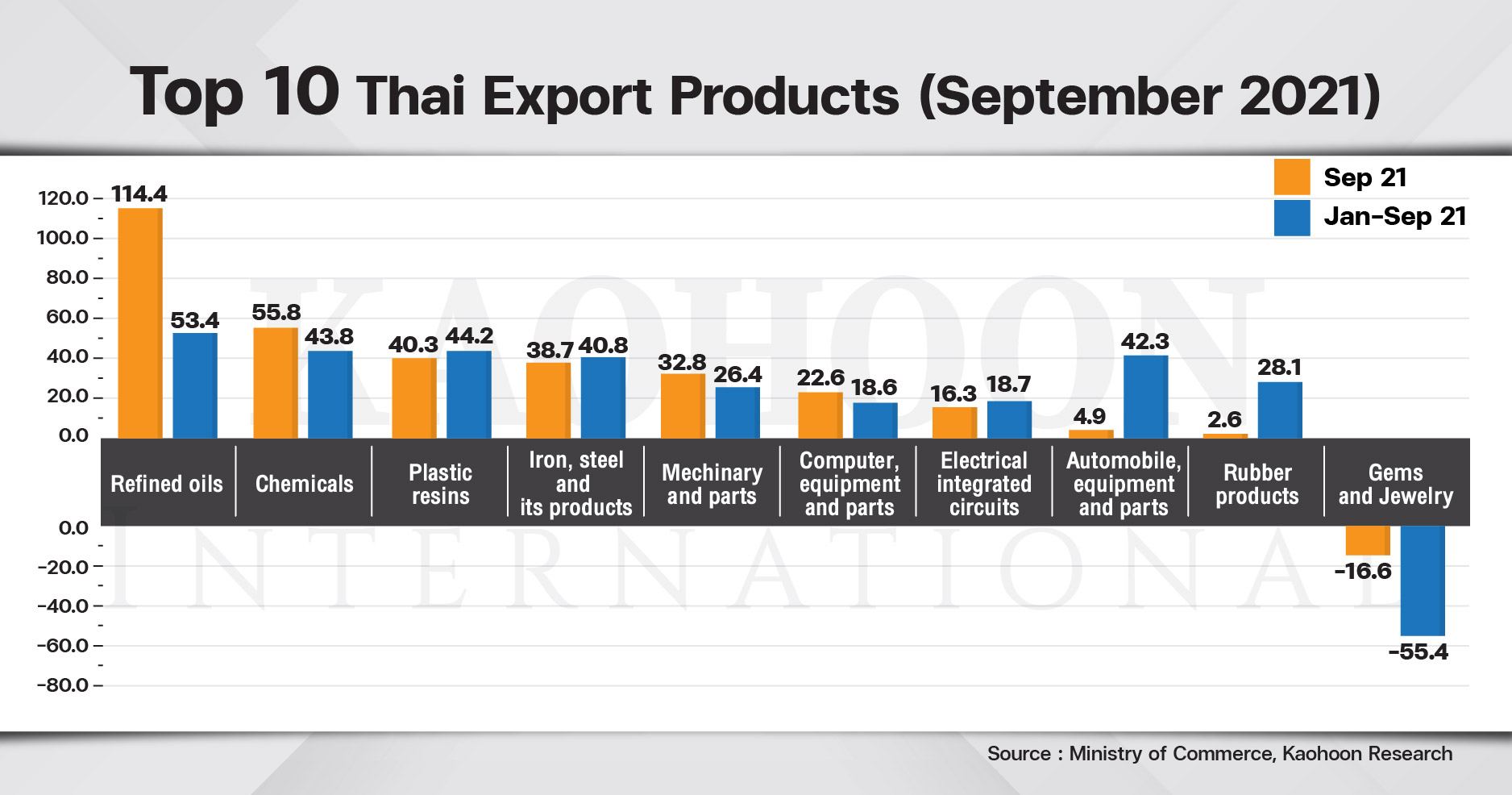 Exports figures from a year earlier to largest trading partner United States accounted to an increase of 20.2% followed by China 23.3% and Japan 13.2%.