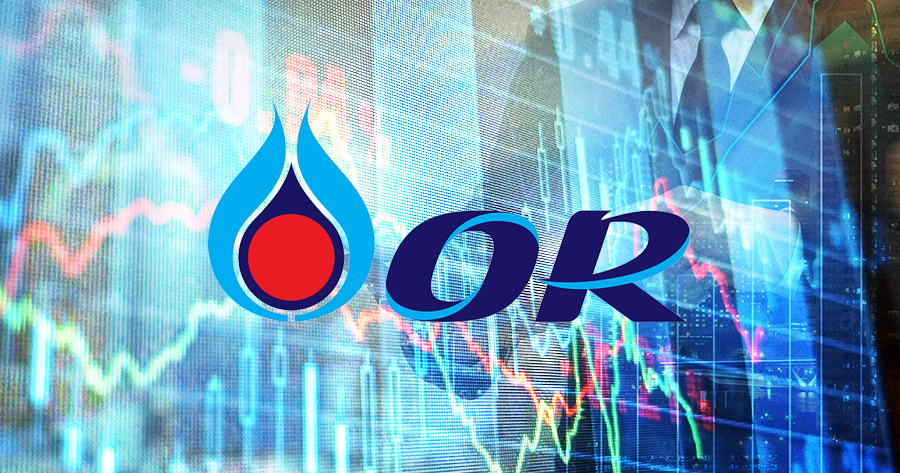 PTT Oil and Retail Business Public Company Limited (OR) will first trade in the Stock Exchange of Thailand (SET) on February 11, 2021, after a successful Initial Public Offering of up to 2,610,000,000 shares, representing in aggregate of up to 22.5% of the total issued and outstanding shares in the company.

In the IPO, OR recorded 46,980,000,000 baht (excluding over-allotment shares). The company estimated that approximately 13,300 million baht of the net proceeds from this offering will be utilized in an expansion of OR’s network of retail fuel service stations to support customer demand and expand into new regions with growth potential.

OR has a P/E ratio approximately 26.9 times, while an average P/E ratio of listed comparable companies, both in Thailand and overseas, whose nature of businesses are similar to OR’s business is 31.7 times on average.

The company has the policy to pay to its shareholders an annual dividend each year of at least 30.0% of net profits for the year, after deduction for any legal reserve requirement as required under applicable law and as further determined by the company.

Net sales from OR’s oil business division (before eliminations) in the nine months ended September 30, 2020 were 295,423.2 million baht, a decrease of 107,308.3 million baht or 26.6%, from 402,731.5 million baht in the nine months ended September 30, 2019, driven primarily by decreases in its fuel sale prices in both the retail and commercial marketing segments in line with significant decreases in global petroleum product prices during the period, attributable to a combination of the “price war” between the Saudi Arabia-led Organization of Petroleum Exporting Countries and Russia, which resulted in a sudden, unexpected increase in global oil supply, and decreases in the volumes of petroleum product sold, primarily due to reduced global demand for petroleum products attributable to the COVID-19 pandemic.

Meanwhile, net sales from OR’s non-oil business division (before eliminations) in the nine months ended September 30, 2020 were 12,248.8 million baht, a decrease of 199.8 million baht or 1.6%, from 12,448.6 million baht in the nine months ended September 30, 2019, driven primarily by decreased revenues from the other non-oil businesses, due primarily to low demand attributable to the COVID-19 pandemic, partially offset by an increase in revenue from the food and beverage business, attributable to the expansion of the network of food and beverage retail outlets.

OR stated that prior to the Restructuring, sales of LPG by PTT’s oil business unit were supported by PTT’s internal capabilities with respect to LPG separation and storage. Subsequent to the restructuring, the company did not have the same capabilities internally because certain of PTT’s land and facilities relevant to this function were not transferred to us under the Business Transfer Agreement.

As a result, the company must now purchase such LPG supplies from PTT on an arms-length basis, and OR also must enter into agreements with PTT for use of its LPG storage facilities to meet its LPG legal reserve requirements as a Section 7 trader.

In addition, PTT continues to make sales of LPG to certain Section 7 traders at some of such facilities. Pro forma adjustments in connection with this transaction primarily reflect reduced sales volumes and higher costs for its LPG purchases as a Section 7 trader as compared to prior to the restructuring, which results in depressed margins for the LPG sales and an increase in expenses for LPG storage associated with maintaining its LPG legal reserve.