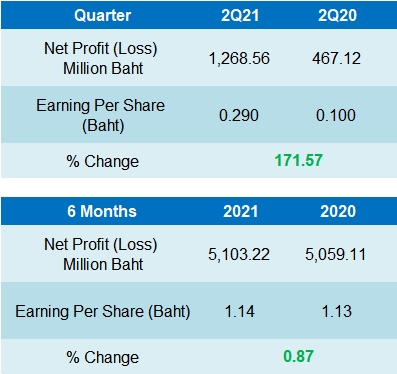 In 2Q21, the company reported total revenue of 5,933 million baht, an increase of 64.2% YoY, mainly from the provided rent waiver and rent discount to tenants who were impacted by temporarily closed shopping malls during the same period of last year while being fully operated this year.