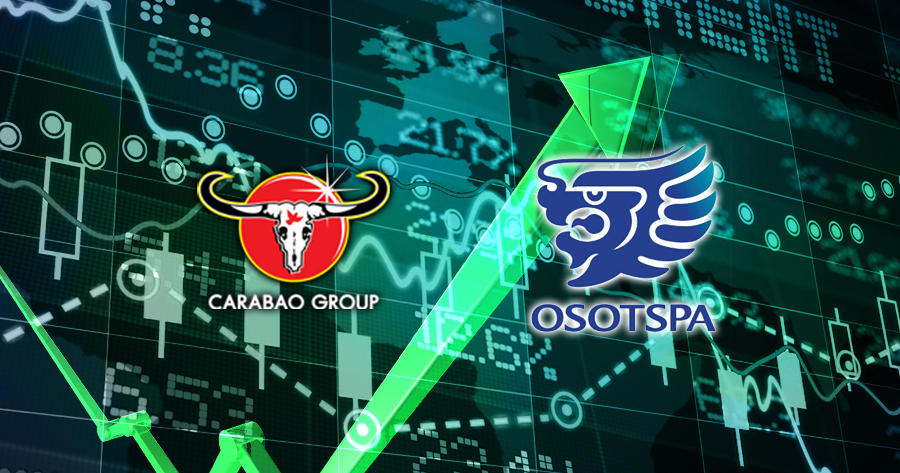 KTB Securities (KTBST) has given an “Overweight” recommendation on Thai beverage stocks, citing 2021E earnings momentum to pick up at attractive valuation and picking CBG and OSP as its top picks from the sector.

KTBST forecasted aggregate 4Q20E net profit to grow +31% YoY, +12% QoQ from three beverage stocks; CBG, OSP and TACC. The energy drink segment (OSP and CBG) is expected to experience growing demand for energy drinks in both the domestic and overseas markets given the high season, while the energy drinks profit margins are expected to widen on the back of a lower cost of raw materials. Additionally, capacity utilization is expected to improve.

As for TACC, net profit is expected to increase YoY, QoQ, as gross profit margin is expected to widen in light of stronger demand given a greater number of holidays, which generally results in rising buyers at 7-Eleven, and the full-quarter sales of its products to 7,800 stores of 7-Eleven for the first time.

In 2021E, KTBST forecasted an aggregate 2021E net profit to grow +22% to Bt9.4bn. A growth YoY would contribute to 1) a potential increase of +6% in the domestic beverage market along with economic resilience  the Bank of Thailand has forecasted 2021E GDP growth of +3.6% — urbanization and rising workers; 2) stronger overseas sales, particularly in CLMV; 3) new product launch, and 4) a wider gross profit margin in light of the lower cost of raw materials given a reduction in sugar content  a new rate of excise tax will take effect in October 2021. TACC’s earnings are expected to grow YoY in expectation of stronger domestic demand and a continued opening of new 7-Eleven stores in Cambodia and Laos.

In addition, KTBST reiterated an Overweight rating on the beverage sector with its top picks as OSP and CBG. The security company has a BUY call on CBG and a target price of Bt181.00, which is pegged to 2021E PER of 38.0x. KTBST preferred CBG as 1) it believed CBG’s earnings has been riding an uptrend with EPS growth estimate at 29% CAGR in 2019-23E, 2) KTBST foresaw an upside to earnings forecast from sales of Woody C+Lock in both the domestic and overseas markets, which are likely to come in stronger than expected, and 3) the stocks valuation looks attractive, trading at 23.5x 2021E PER, which KTBST believed had yet to price in CBG’s strong earnings growth estimate of +28% YoY in 2021E.