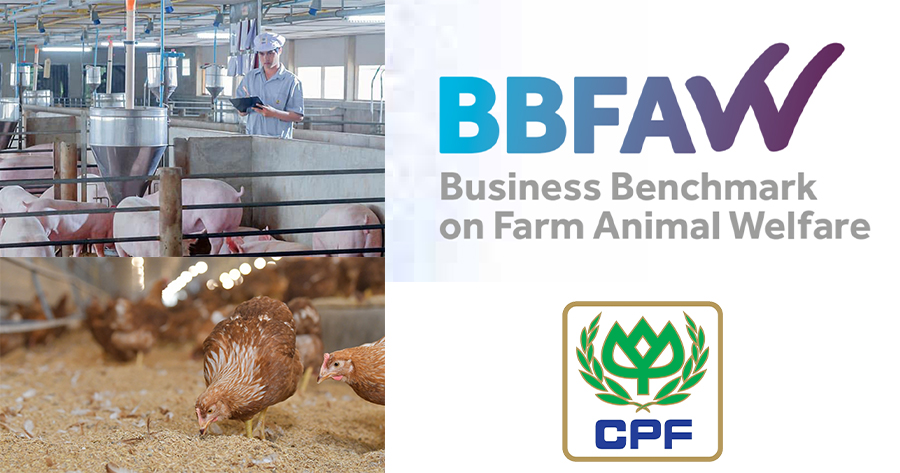 CP Foods Public Company Limited (CPF) has improved its score on the latest report from Business Benchmark on Farm Animal Welfare (BBFAW). It is also the only Thai company listed on the Benchmark.

According to the 2020 report launched on 30th March 2021, CPF is now included in the Tier 3 where animal welfare’s policy is established but there is on-going work to be done. CPF was listed on the tier 4 on the 2019 announcement.

The improvement derived from CPF’s investment on cage free farming. The company is the first company that certified Thailand’s cage-free standard. It also invests on smart farming system to support production efficiency while promoting animal welfare on broiler farms. The company has also done well on performance reporting. It reports on the proportion of swine that is free from mutilations and tail docking, welfare outcome measures, as well as proportion of cage-free laying hens in its egg operation.

The Business Benchmark on Farm Animal Welfare (BBFAW) is the leading global measure of farm animal welfare management, policy commitment, performance and disclosure in 150 leading companies from around the world. The companies are ranked into six tiers based on their performances.