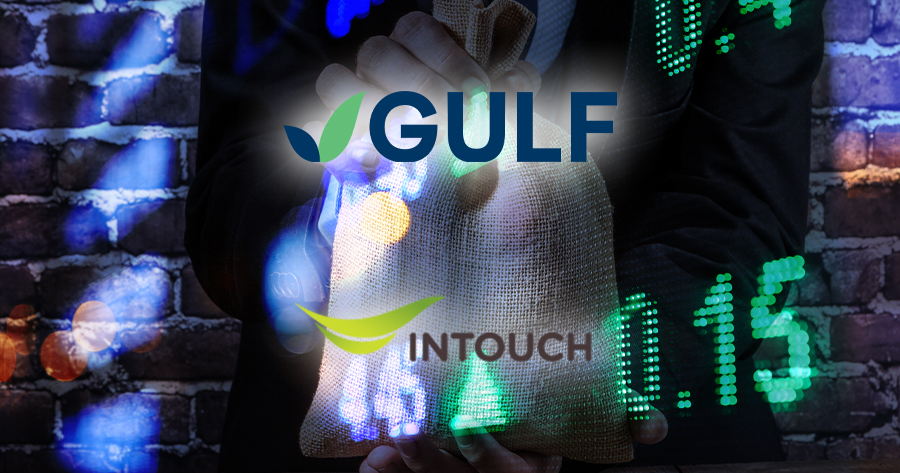 ASPS saw that a lack of Singtel, a major shareholder of INTUCH and ADVANC, could affect the latter in losing an ally in regional telecommunication business. However, ADVANC would acquire GULF, who is a leader in Thailand’s energy sector as a replacement.

Lastly, ASPS expected a positive sentiment for THCOM even without a tender offer from INTUCH on changing major shareholder, which would erase concerns over having foreigners as a major shareholder.

ASPS estimated that GULF would require 168 billion baht to tender only 81.07% of INTUCH’s shares in which the source of fund will be from working capital of the business and credit facilities from financial institutions.

CGS-CIMB commented that the news of the tender offer should provide positive sentiment for INTUCH shares over the next 2 months. However, if one of the conditions stated in GULF board’s resolution is not met, the tender offers of all shares of INTUCH and ADVANC will not happen. CGS-CIMB believed the biggest risk to this deal is GULF’s ability to secure sources of funds for the acquisitions.

According to various sources, the decline in GULF was due to a short-term concern over the source of funds for this tender offer, which is normal for the tender offeror. Meanwhile, the lower offer price in ADVANC was in accordance with the rules on acquiring a significant degree of control over a juristic person with an existing shareholding in the business (the Chain Principle), which is normal that GULF would offer to buy ADVANC at the cost price of INTUCH.