IRPC Public Company Limited (IRPC) has announced its 2Q21 consolidated financial statement through the Stock Exchange of Thailand as follows; 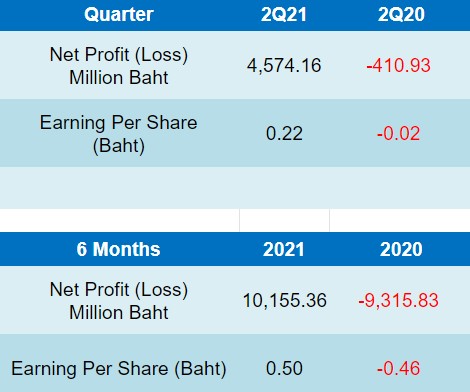 In 2Q21, IRPC reported net profit of 4,574 million baht against the net loss of 411 million baht in 2Q20, and net sales of 56,858 million baht increasing by 18% from that in 1Q21. This attributed to a 16% increase in average selling prices following higher crude oil price and a 2% rise in sales volume. The average crude intake was 194,000 barrels per day, up by 4%. This was mainly from the ADU1 unit planned maintenance shutdown for 17 days in 1Q21.