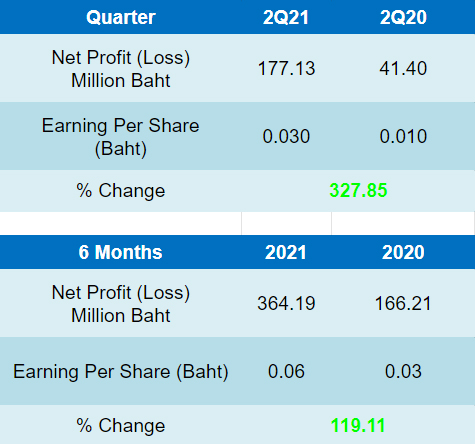 For the period of Q2/21, finance costs amounted to 1 million baht, compared to 2Q20 amounted to 3 million baht, which was interest expense on the lease contract under Thai Financial Reporting Standards no. 16 “Leases” (TFRS 16). The company had no short-term and long-term loans from financial institutions.